What If There Is No Tomorrow? … There Wasn’t One Today!

Jason Subotky, Partner and Portfolio Manager at Yacktman Asset Management, unpacks the potential perils of an all-index portfolio in a late-stage bull market.

In the classic movie Groundhog Day Bill Murray plays Phil Connors, an unhappy TV weather man covering the annual groundhog festivities in Punxsutawney, Pennsylvania. In a quirky turn, Phil finds himself stranded in a time loop, living the same Groundhog Day over and over. Regardless of his behavior, he wakes up every morning to the alarm clock playing “I Got You Babe” by Sonny & Cher and begins February 2nd again.

For those who have seen the movie, you know that Phil adapts and evolves within his new reality. Early in the film, Phil realizes there are no consequences for his actions because tomorrow never arrives. In his journey he tests the limits of a risk-free world.

By looking at financial planning through the lens of goals and objectives, individuals can create a foundation for sound decision-making and effective planning. An integrated approach to wealth management is based on identifying goals in several key categories, including career, lifestyle, family, health care, and leisure. Your specific goals, for example, may include buying a home, paying for a child’s education, philanthropic giving, or leaving a meaningful legacy for your family.

As we head into the eleventh year of the bull market in U.S. equities, we feel that many investors have lapsed into a “Phil-like” mindset. Fostered by the relentless upward march of the market, largely driven by higher valuations rather than fundamental business growth, this mindsight has led investors to:

There is a sound principle behind the shift to indexing, as most active strategies charge higher fees yet have underperformed the benchmarks. But too much of anything can lead to poor results, and indexing has become the world’s most overcrowded strategy.

In order to achieve its promise, a passive-focused approach requires static conditions. In Phil Connors’ parlance, today must repeat itself and tomorrow can never come.

In a famous scene from the movie, Phil kidnaps Punxsutawney Phil, the groundhog, and drives off a cliff. In the movie version, there are no repercussions, as he wakes up as usual to repeat the day. But what if a proverbial cliff looms in front of investors and tomorrow actually arrives?

The Very Real Risks of Tomorrow

Investors who primarily rely on index strategies face a series of interconnected risks that are only enhanced by the lengthy bull market.

1. Stocks are Richly Valued. Multiples are Growing. Earnings are Not.

In 2019, corporate earnings disappointed, so market gains were driven by multiple expansion as P/E multiples skyrocketed. Earnings growth has now disappointed for the past five years—a far cry from general market enthusiasm.

Apple Inc. was the largest contributor to S&P 500® Index results last year. With a market cap over one trillion dollars, the stock provides a useful example of the turbocharged nature of multiple expansion. The shares increased nearly 90% despite a decline in pre-tax earnings for the latest fiscal year.

The S&P 500 is valued at 18.6 times forward earnings, significantly above not just historical averages but those seen over the past five and ten years.2 Multiples would be even higher without the influence of the 2018 tax cuts.

2.     Corporate Debt Is at Record Levels

At 46% of GDP, the debt of U.S. corporations has hit new all-time highs3. Debt has helped fuel the rally as many corporations have used borrowed money to repurchase shares. In more difficult times, repurchases slow as companies protect their credit ratings, removing a significant share buyer from the market. Extended debt levels preceded recessions in both the 1990s and 2000s.

Index funds do not account for valuations or manage risk of individual securities, sectors, or the overall market. Rather, high valuations and record debt levels are ignored in favor of riding market momentum.

Other markets provide history lessons that indexing at the wrong price can be catastrophic. 2019 marked the 30th anniversary of the Japanese stock market peak, an event that should serve as a reminder that price matters. The Japanese index is about one-third below its 1989 top even though interest rates in Japan are even lower than rates in the United States. Even aggressive buying of exchange traded funds by the Bank of Japan was not enough to save the compound growth rate from such a bubble top. Thirty years is a long time, and losing money over that time period must feel like Phil’s cynical prediction of the weather, “It’s gonna be cold, it’s gonna be grey, and it’s gonna last you for the rest of your life.”

Such a high degree of passive indexing is untested in a difficult market or economic downturn. Nobody knows how the market will react if current situations reverse; the nearly 20% fall in the fourth quarter of 2018 should have been a warning shot. High valuations today make indexing a potentially low-return, high-risk approach over the long term. Passive strategies ignore the risk factors that represent the greatest threat to portfolios, and investors who have swung toward an “all-in” index approach are the most vulnerable.

We believe select actively managed strategies can navigate today’s reality of high valuations and be more attuned to other significant risk factors. We believe differentiated, actively managed strategies can offer downside protection while taking advantage of the new opportunities (and bargains) that will emerge in times of market panic. The most attractive investments are typically found in difficult markets, and the best investors are prepared to act when the opportunities are presented.

Unlike the life of Phil Connors, there is always a tomorrow for investors. While Groundhog Day has a happy ending (apologies for the spoiler, though the movie is more than 25 years old), it will likely not be pleasant for U.S. index investors in a different market environment. We believe thoughtful integration of actively managed strategies can ensure that investors are prepared.

This represents the views and opinions of Yacktman Asset Management. It does not constitute investment advice or an offer or solicitation to purchase or sell any security and is subject to change at any time due to changes in market or economic conditions. The comments should not be construed as a recommendation of individual holdings or market sectors, but as an illustration of broader themes. There is no guarantee that actively managed investment strategies will work under all market conditions, and each investor should evaluate their ability to invest for a long term, especially during periods of downturns in the market. Past performance is no guarantee of future results. ​ 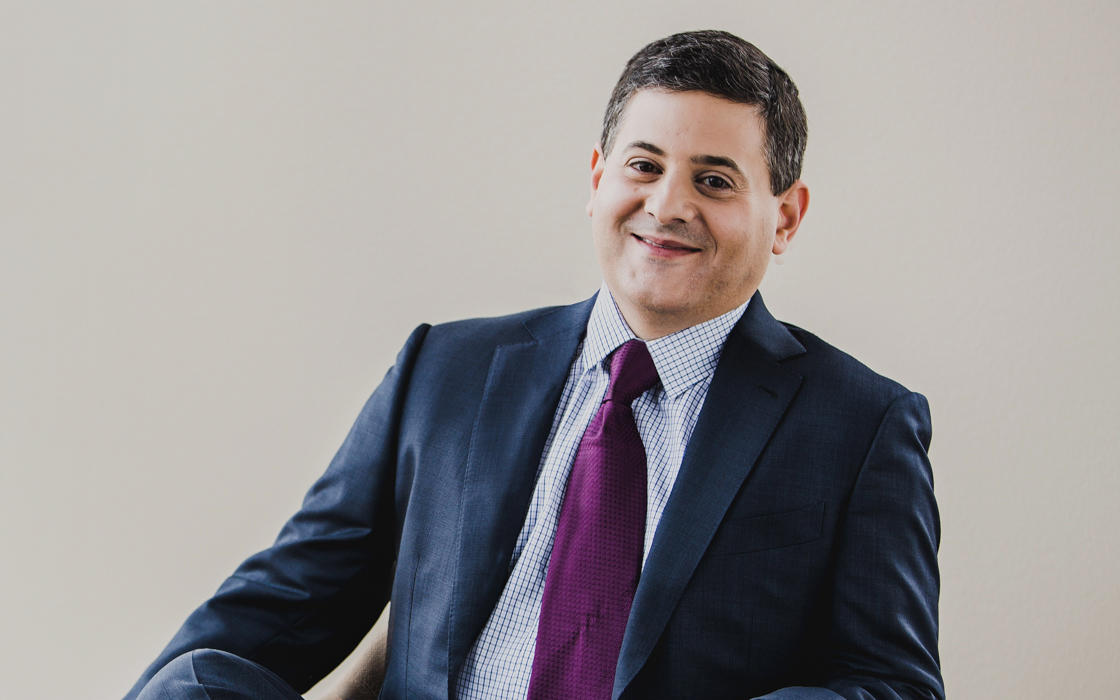 Market Cap of FAAANM vs. The World

We compared the market cap of the six largest tech companies in the U.S. stock market against indices representing economies and segments of the world.​

The 2020 Stock Market Explained in 6 Letters

The stock market has had previous top-heavy periods with the largest companies accounting for a majority of the gains but in 2020 this pattern is even more pronounced.